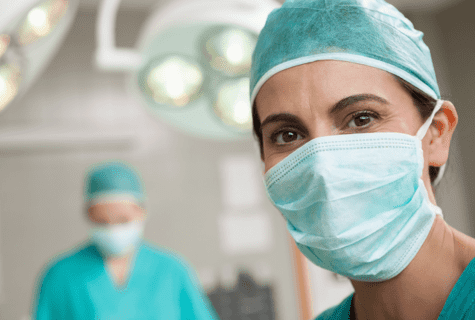 The January 2021 updated OIG Work Plan makes it clear that the Office of the Inspector General (OIG) is paying attention to surgical modifier 62. The Work Plan states.billing modifier 62.

Reminder: Modifier 62 indicates that the services of two or more surgeons were required for the same procedure(s), during the same operative session, on the same patient, on the same date of service.

Modifier 62 is tricky. To use this modifier correctly, there are several straightforward rules that might make you think usage should be a piece of cake.  These include:

However, there a couple of modifier 62 application rules that you’ll need to pay close attention to.  Getting them wrong will almost certainly get you audited. Here are the more complex rules you’ll need to master to correctly utilize modifier 62.

Medical Necessity Drives Use of Modifier 62

Medicare requires documentation that the procedure (or the patient’s condition) was of a nature that two surgeons of different specialties were medically necessary. This is identified in Medicare Physician Fee Schedule by an indicator next to the procedure code of 0, 1 or 2.  Here are the Medicare rules of when co-surgeons (and modifier 62) are permitted:billing modifier 62.

Assisting Surgeon vs. Co-surgeon: Know the Difference when Billing Modifier 62

WARNING: Just because two surgeons have different specialties doesn’t mean they automatically get categorized as co-surgeons in terms of billing modifier 62. To qualify, each surgeon must act as the lead surgeon for their portion of the procedure. Of course, this must be clearly documented in both surgeons’ op notes. Also, co-surgeons cannot share one op note that refers to the surgeons as “we.” In order to utilize modifier 62 and be paid as a co-surgeon, each surgeon must document their part of the procedure separately, so that when you put the op notes together, you have the full procedure.

The 2020 Medicare Fee-for-Service Supplemental Improper Payment Data report published by HHS, indicates that last year the Agency overpaid 7.8% of Part B outpatient claims for a total of $8.1 Billion. And you can bet that they want it back.

Failing to apply modifier 62 on a justifiable claim will most certainly result in you being overpaid. This happens because by applying modifier 62 you are telling the payor to pay your claim out at 62.5% (vs. 100%). So, failure to apply this modifier when it should be used will result in an overpayment of 37.5% on your claim.

To make things worse, if modifier 62 is missing from both claims, both will be paid at 100%, resulting in a 75% overpayment in total.

Accordingly, payers are on the lookout for modifier 62 overpayments. When billing co-surgery, modifier 62 must be appended to the procedure code on each surgeon’s claim. Failure to do so will most certainly send up a red flag to payers and could result in a costly, stressful audit.  Something you most certainly do NOT want.

Note: You can read the January 2021 updated OIG Work Plan in its entirety on the OIG website.