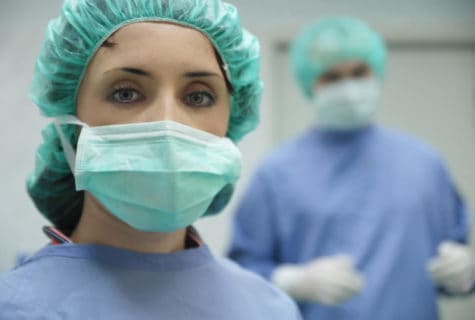 Using modifier 58 to code post-operative procedures can prevent payer denials and decreased reimbursement for services – but you must use it correctly.

When coding post-op procedures, most problems occur because of the similarities between two key modifiers:

Although the definitions of modifier 58 and 78 have parallels, there are key differences related to when you should apply each code.  You must master the difference, or you could end up providing these post-op services for free. Incorrect usage of modifiers 58 and 78 can lead to increased denied claims, overpayment for services, audits, and even violation penalties.

The definition above for modifier 58 makes its application seem pretty straightforward.  It clearly states that the modifier should be used when your provider performs staged or related services during the global post-operative period.  However, coding correctly is rarely this simple, and this is no exception.

There are several other situations you should consider beyond the straight definition before applying modifier 58 to the related procedure code on your claim:

Note: This modifier should NOT be used to code procedures that relate to the treatment of unplanned complications that arise during or as the result of a surgery. Instead, modifier 78 would be more accurate.

When you apply modifier 58 to a procedure, it re-starts the global period and results in full payment for each procedure. On the flip side, modifier 78 does not break the original global period and will result in a reduction in payment based on each individual payer’s fee schedules.

To help you utilize these modifiers correctly, try answering these two questions before you code your post-op claims:

If your answer to question 1 is “Yes” then you would use modifier 58 applied to the related procedure code.  For question 2, a “Yes” answer means that you would apply modifier 78.

In addition to the questions above, use the post-op examples below to help you more accurately apply both modifiers 58 and 78 to your post-op surgery claims.

When determining whether to utilize modifier 58, your provider’s documentation should clearly indicate that the  additional procedure or follow-up therapy is indicated as a result of the patient’s initial surgery, and whether it will be performed within the global period of the original surgery.

Here are some case examples where modifier 58 is indicated:

In this case, the initial biopsy should be considered the primary procedure, the more extensive mastectomy procedure is due to the results of the biopsy, and the mastectomy is being performed within the global period.

Modifier 78 Tip:
In cases where a second surgical procedure is required to deal with complications arising from the initial surgery, such as an infection that develops in an incision site, modifier 78 should be applied instead.

Coding surgical procedures and everything that goes with them can be complicated. Don’t risk using the incorrect modifier and facing down decreased payment or claims denials. For practical, step-by-step guidance when using surgical modifiers, check out this immediately available training, Boost Surgical Modifier Pay-up and Avoid Audit Penalties, presented by expert, Kim Huey, MJ, CHC, CPC, CCS-P, PCS, CPCO. This 60-minute training gives you the help you need to correctly code your surgical claims every time to avoid missing out on the reimbursement you are due. Access this training today.