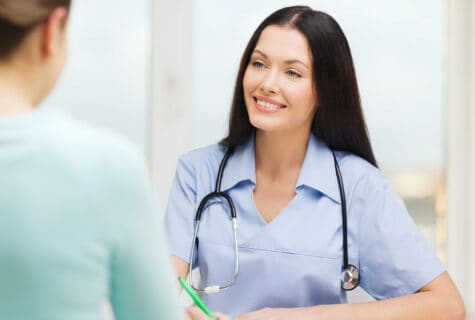 To submit your claims under incident-to, you must ensure that the physician created the initial plan of care and was in the office on the day the services were performed, but that’s not all. You must also avoid a variety of red flags that can easily attract attention from auditors who want to confirm that you reported these services compliantly.

Check out the three most common red flags that attract auditors’ attention for incident-to services.

Too Many Visits Billed Under the Provider’s Number

If your payer sees that you’re reporting an exorbitantly high number of visits under the provider’s number, it could raise a red flag. Keep in mind that when your insurer gets an incident-to claim, it doesn’t note that it’s incident-to—it only indicates that it’s being billed under the physician’s provider number. If you see a high number of Medicare patients, you may be submitting a high enough volume of claims under the doctor’s NPI (some of which the doctor performed, some of which the APP performed) that the insurer becomes concerned.

In many cases, the insurer will review the claims to make sure everything looks good in terms of your incident-to compliance, but they may find other issues along the way.

For instance: At one internal medicine practice that saw a significant number of Medicare patients, the specialist and two physician assistants were all seeing patients, and between the three providers, the payer was processing claims for 80 visits a day under the doctor’s NPI. The payer audited the practice and said that although the incident-to claims were all performed compliantly, after taking a closer look at the practice, they determined that many of the claims were being up coded and asked the practice to pay back thousands of dollars.

Although sending a red flag to Medicare by reporting too many services under the doctor’s NPI may not necessarily mean you’re billing incident-to incorrectly, it can garner unwanted attention from payers.

Solution: Audit your incident-to claims frequently to confirm that they are being reported not only with the correct incident-to criteria, but with the right code levels as well. Billing incident-to can attract scrutiny, but as long as your self-audit finds that your records are pristine, you should have nothing to be concerned about if auditors arrive.

Practices that are billing incident-to services under a physician’s name should make sure the doctor is aware of the arrangement. Although this may sound obvious, it’s more common that practices realize to have a supervising physician end up completely unaware about their NPI being used for APP services.

Because the incident-to rules must be adhered to for every single claim, the doctor must be involved in setting up the arrangement and should confirm that the practice is handling incident-to correctly. If not, the doctor will face liability as the billing physician for the claims being billed under their NPI.

Solution: Provide the physicians at your practice with a monthly report showing how many visits were billed under their NPI, and break it down by the number that the doctor personally performed and the number that were billed incident-to. In addition, create regularly scheduled staff meetings where you can answer incident-to questions from team members and share audit results of your incident-to claim reviews.

Patients Are Unhappy and File Complaints

When a practice bills incident-to services, the APP provides the service, but the doctor’s name is on the claim—and this can lead to confusion for patients who see one provider and get a bill or an explanation of benefits with another provider’s name on it. In some cases, these patients complain and raise red flags with payers.

Solution: To stave off this issue, it’s important to make patients aware of how the claim will look when they see it. You don’t have to get into the details of incident-to with patients, but you can say something like “Our providers work as a team, so even if you’re seeing the nurse practitioner today, the claim may list the name of the doctor who’s in the office today.”

Master all the incident-to rules with tips from coding and billing expert Kim Huey, MJ, CHC, CPC, CCS-P, PCS, CPCO, during the 90-minute online training, “Get Paid 15% More, 2023 Split/Shared Change & Incident-to Rule.” Kim will lead you through all of the steps to follow so you can collect for these services. Sign up today!