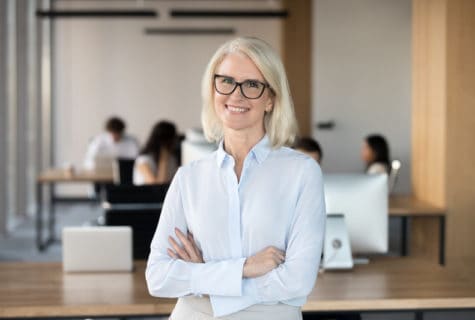 You don’t want to miss billing an allowed shoulder procedure and leave thousands of dollars on the table. But it’s imperative that you avoid shoulder unbundling errors – or your repeated billing of included charges can land you with costly denials, and accusations of abuse or fraud.

It’s critical that you know when to legally unbundle labrum tears, debridement and more, so you get paid accurately and know when to fight for extra money. Keep reading for the details on how to dispel and fix four common shoulder unbundling errors.

It’s not uncommon for a surgeon to begin a shoulder repair with one approach, then switch to another, more clinically appropriate one. In these cases, you must code only the surgical approach that the surgeon completes — not both approaches.

For example, a surgeon begins a repair arthroscopically, but then must use an open approach to complete the procedure. Bill only the open procedure. Do not report both procedures with modifier 59 (Distinct procedural service). The surgeon performed the procedures on the same anatomic location during the same surgical session. Instead, you can append modifier 22 (Increased procedural service) to the open procedure code to indicate the initial arthroscopic work.

There is only one diagnostic shoulder code: 29805 (Arthroscopy, shoulder, diagnostic, with or without synovial biopsy (separate procedure). The rest of the arthroscopy codes are surgical and include the diagnostic arthroscopy. Only bill 29805 when the diagnostic is the only procedure that’s done. When a procedure begins diagnostically and becomes a surgery, only code the surgery.

There’s one exception: If, when the surgeon is performing a scheduled diagnostic procedure, he unexpectedly has to perform an open surgery of a previously unknown condition, you may code both the procedure code and the diagnostic code 29805 appended with modifier 59.

A clear understanding of shoulder anatomy is essential to correctly code a labrum repair. You must understand exactly where on the labrum the repair was performed. The surgeon will determine if the procedure qualifies as a Superior Labral Tear from Anterior to Posterior or SLAP — not all labrum repairs are SLAPs.

Now, if the surgeon works on both the upper and lower labrum, you cannot simply unbundle and code both 29806 and 29807. According to the National Correct Coding Initiative (NCCI) edits, 29806 is bundled with the following codes:

If the surgeon documents work in both the upper and lower labrum, you’d report 29807 with modifier 22 appended.

Limited and extensive debridement (29822 and 29823) are almost always bundled with surgical procedures. Of course, like all things CPT, there are exceptions.

The only time you should bill 29822 (Arthroscopy, shoulder, surgical; with debridement, limited) separately with a modifier is when it’s performed on the contralateral shoulder — the shoulder on the opposite side of the body from where the other procedure takes place.

There are three instances where it may make sense to bill 29823 (Arthroscopy, surgical, shoulder; debridement, extensive) separately from the shoulder procedure. When the extensive debridement is performed in a different area of the same shoulder as the surgical procedure, you may unbundle 29823 from these surgical codes:

Since neither NCCI nor CPT define “separate area of the same shoulder,” refer to the American Academy of Orthopedic Surgeons (AAOS) Coding, Coverage, and Reimbursement Committee guidelines. The society recognizes three areas of the shoulder: